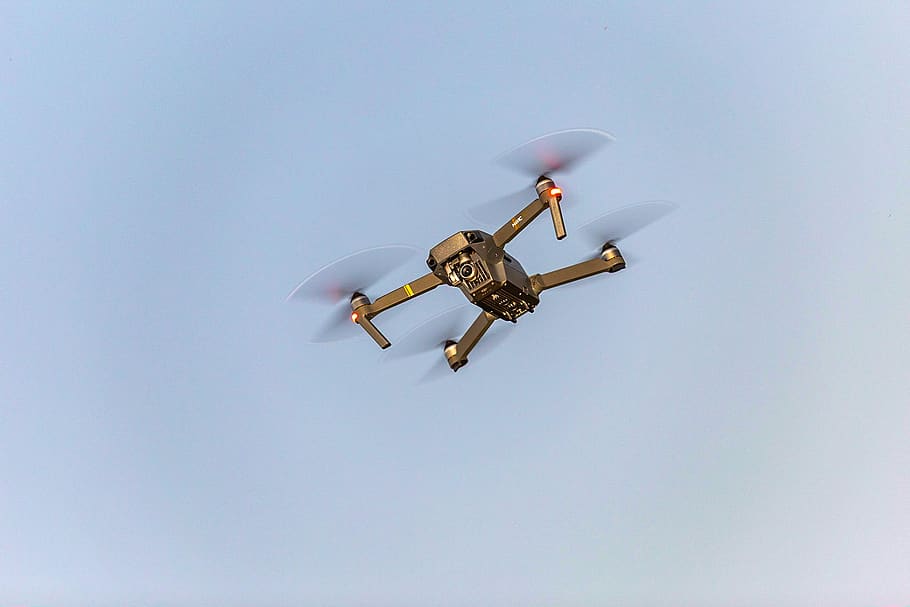 Among the technical stuff that you must know about drones, the type should be at the top. Now, when we said technical, some of you may have squirmed in their seats. Don’t fret. This is not going to be a headache-inducing lecture to be followed by a quiz.

Instead, feel free to hop on to the approach that interests you the most. Our research led us to three perspectives on type: recreational and commercial, multirotor and fixed-wing, and specialized according to work or industry. Understanding all of them is the goal. But getting started with one should be fine.

That said, let’s not delay adding to your arsenal of fun yet important facts about drones.

What are the Different Types of Drones?

Drones are not a novel concept, but their use drastically changed when they first entered the consumer space. What had once been accessible mostly to the military and flown by people with PhD became commonplace and user-friendly.

We’ll return to the history of drones and discuss their future later. But for now, let’s go over the different types of drones available in the market. There are three ways to go about categorizing, and we can start with:

Type of Drones: Recreational vs. Commercial?

This type is composed of more than just toy drones. So, while some functions and features overlap with one another and with commercial drones, we’ll describe the sub-types falling under this category.

Models under this sub-category can vary primarily based on purpose. Some can be used as a general tool for aerial photography, aerial mapping, or roof inspection. Others have specialized payload capabilities or industry-specific software. Quads that can handle rigs for holding heavy-duty and expensive cameras employed in cinematography fall under the latter.

While identifying drones this way seems more technical, it is actually the most simple. Here’s how you can differentiate between the two:

Usually, we think of quadcopters or a rotorcraft with four rotors when we refer to drones. But this is just a sub-set of rotorcraft. This type of aircraft can generate lift through the use of rotary wings, such as a helicopter. To promote stability, a multirotor system employs multiple rotors, mostly four (and that’s how you arrive at quadcopters; if you have six, you get hexacopters; and so forth).

The bigger the drone, the more rotors it will require. The price point also tends to rise in this regard. Larger drones are typically used for industrial and professional work, such as aerial data mapping and high-quality cinematography.

Possibly the most popular example of multirotor drones/quadcopters is the DJI Phantom.

Based on the term, you can infer that it is referring to an aircraft that uses fixed, static wings – together with forward airspeed – to generate lift. Airplanes and paragliders fall under this category. Even a paper airplane can be considered fixed-wing.

One advantage would be a longer flight time and heavier payload. They can cover larger areas of land, which is useful in delivery, surveying, sending supplies to remote areas.

The Parrot Disco (maximum flight time: 45 minutes) is one of the most famous models for this sub-set. If you want something more affordable, you can try the Hubsan Spy Hawk (maximum flight time: 30 minutes). For higher-end industrial work, there’s senseFly eBee Classic, which can last 50 minutes in the air.

In addition, you can find special types related to this sub-set: the single rotor drones and the hybrid VTOL.

You can spot these drones by their looks, which are not so