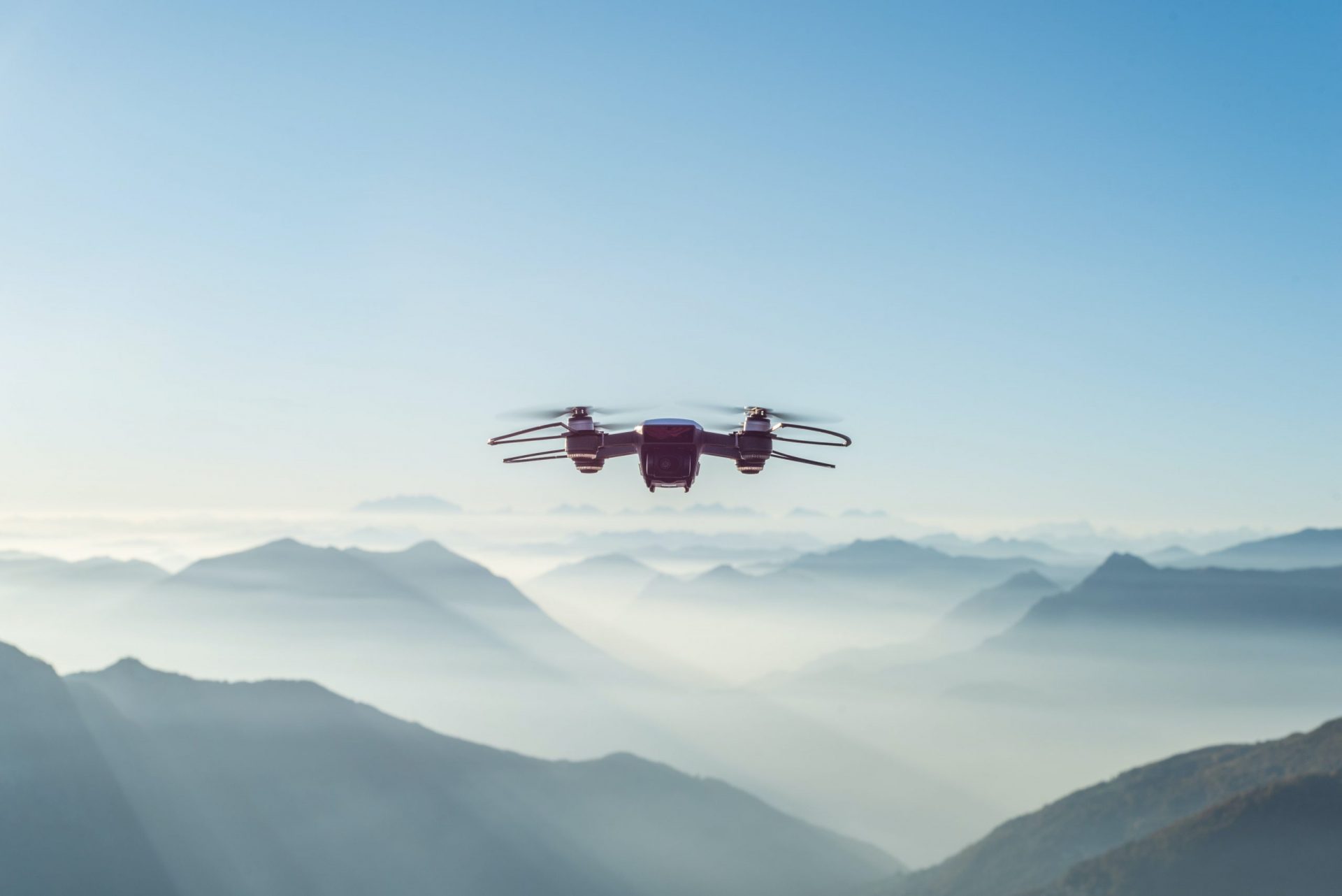 Are you wondering how high can a drone fly?

In this post, I am going to be talking about the legal and technical aspects of drone flying. Drones were originally meant for military usage only. Needless to say, they were quite expensive to manufacture. Also, the technology was not made accessible to everyone.

Consumer drones came into the limelight in the year 2006. Until then, The Federal Aviation Administration (FAA) did not allow private companies to manufacture and sell unmanned aerial vehicles to noncombatants.

In 2006, the FAA began to give out commercial drone permits to robotics organizations that wanted funding for the research and development of unmanned aerial vehicles (UAV). In the United States, the highest permissible height for a consumer drone is 400 feet above ground level (AGL).

Unless someone has special permissions from the FAA, they aren’t allowed to cross the allowable limit. Breaking the law can result in a penalty or even a prosecution. Further, in this post, I have also talked about drone flying laws in other parts of the world.

What is the Maximum Altitude of a Drone?

Generally speaking, drones are high-powered machines capable of reaching staggering heights. Precision engineered drones can reach altitudes higher than 20,000 feet. You should also consider the fact that the general meaning of altitude is height. However, in the aviation industry, altitude can have several different meanings.

Notably, there are six types of altitudes: Indicated, Absolute, True, Height, Pressure, and Density. In this post, we are concerned with the height, which is nothing but the vertical distance between the ground and the drone.

Furthermore, the highest altitude of a drone depends on a variety of factors. Below I have listed a few factors that might contribute to the maximum altitude of the drone.

1. The Efficiency of the Propulsion System

A propulsion system is a mechanism that produces sufficient thrust to push the unmanned aerial vehicle in an upward direction. In a consumer drone, the propulsion system comprises the flight controller and the motors. With the combination of two, a drone is able to take off, reach a specific limit in the sky, and then it is able to fly through the atmosphere.

It is quintessential to choose the right parts (flight controller and motors, in this case) for the drone to reach its maximum altitude. The flight controller consists of essential sensors such as a gyroscope, accelerometer, barometer, and many more.

Also, it receives the signals sent by the remote controller and communicates the relevant information to the motors. When your drone is soaring high in the air (vertically), you will need the flight controller to measure particular parameters. The speed of the motors should increase with the altitude.

Wing loading is another important factor that will undoubtedly affect the maximum altitude of a drone. Although a drone does not have wings — similar to a conventional airplane — it does have small-sized propeller blades. These propeller blades rotate at high speed, pushing the drone in the upwards direction, making it able to fly.

In aerodynamics, it is assumed that with the increase in the speed of the aircraft, the load on the wings increases. If you are going to fly the drone in the vertical direction, it is necessary to have blades that can withstand the lift without slowing down the vehicle.

For the drone to reach its maximum altitude, the weight of the aircraft divided by the area of the wings must be as high as possible. For more information on wing loading, visit this Wikipedia page.

It is not uncommon for a drone enthusiast to add new and upgraded parts to their frame kits. Drone manufacturers work tirelessly to come up with innovative ideas to make sure that the drone flying experience is more immersive, engaging, and fun. However, due to the addition of more parts, the total payload of the aircraft increases.

Hence, the max weight a drone can carry increases beyond the standard limit. To keep the drone airworthy, it is crucial to maintain the Maximum Takeoff Weight (MTOW) as low as possible. MTOW is a collective term; used frequently in the aviation industry. It comprises the weight of the aircraft, passenger, baggage, and fuel.

You will be surprised to learn that the weather conditions play a vital role in determining the performance of flying drones. As a rule of thumb, extreme weather conditions (too hot or too cold) affects the highest point a drone can reach when flown in a vertical direction.

On the other hand, cold weather lowers the output power of a lipo battery. It is said that the winter can lead to a 10-20 percent decrease in the power of a lipo battery, although this topic is quite debatable and needs more research. Aviation experts have shared their take on this subject on the RcGroups forum.

5. The Weaknesses of the Pilot

The performance of a drone doesn’t always depend on mechanical or technical factors. Sometimes, the weaknesses or inexperience of the pilot can also determine how far the drone can reach when flown vertically.

Drone piloting–just like flying an actual aircraft–is an intricate activity. The pilot needs to undergo sufficient training before trying to figure out the max altitude of a drone.

What Happens if You Fly a Drone Above 400 Feet in the United States?

As I mentioned before, The Federal Aviation Administration (FAA) sets rules and regulations for recreational drone usage in the United States.

According to a statement released by them, recreational flyers and modeler community-based organizations are not permitted to fly their drone above 400 feet above ground level (AGL). They are only allowed to surpass the limit if the drone is located within a confined space (like a building, telecommunications tower, etc.).

To fly your drone for recreational use, you don’t need any license or permit from the FAA. But this is only the case if you are going to be flying in Class G airspace. There are a total of seven airspace classes (Class A, Class B, Class C, Class D, Class E, Class F, and Class G). Out of the seven categories, Class G is uncontrolled. Meaning, you are allowed to fly your drone within the 400 feet altitude limit. You need a permit to fly your drone in controlled airspaces.

In case you wish to fly your drone in the controlled airspaces, I would recommend you to obtain authorization either by applying on sites like LAANC or DroneZone. Or contact the FAA and ask for a written agreement. Needless to say, you will have to disclose the reasons behind flying in controlled airspace. Also, they might interrogate you for safety and security reasons.

Also, if you are unsure about the airspace category your region (the territory where you wish to perform drone flying) comes in, simply download and install the B4UFLY Mobile App. Click here to download the iOS version and here for the Android phones. An interactive map will let you know of the area you wish to fly your drone in is “good to go” or a “do not fly” zone. The app uses GPS to locate the places you enter.

Can Drones Fly at High Altitude?

Yes, modern drones are perfectly capable of flying at a high altitude. In fact, a video compiled by Jeremy Judkins shows how irresponsible drone pilots break the law for the sake of fun and some cash. I understand that flying a drone at a high altitude can be quite exhilarating, especially if you are guiding it with FPV goggles. But it can also be hazardous.

The video clearly shows a DJI Mavic Pro flying close to a commercial aircraft. As Jeremy acknowledges in the video, flying close to an aircraft is not only illegal in the United States, but it can also be quite dangerous. The drone could hit the plane and incur some severe damage.

Furthermore, drones are getting cheaper and cheaper these days. Anyone above the age of 16 can purchase a drone without needing a license, permit, or pilot training proof. Hence, it is not uncommon to see drone pilots flying their unmanned aerial vehicles at a high altitude.

What is the Longest Range of a Drone?

A lot of people wonder how far a drone can fly from its take-off location. Drones are expensive. Firstly, no one wants to lose a drone by flying it too far from the base location. There is no way to locate the drone once your receiver module stops receiving signals from the controller.

Secondly, people who are into building DIY drones are always curious to learn about the capabilities of an unmanned aerial vehicle. Knowing the longest range of drones available in the market motivates them to create more advanced ones.

What is the longest range of a drone? The flight range of a drone depends on several factors like price, quality of parts, type of components used, battery limit, etc. Most budget-priced drones do not go further than 100 meters. These drones are intended to be used within the visual line of sight.

However, such is not the case with a high-end drone like DJI Phantom. A Phantom is capable of flying as far as 9 miles away from the base station. Although, you should have a fully charged battery, clear weather conditions, and an obstruction-free region to fly your quad in.

What Are the Drone Laws in the UK Like?

The UK drone laws are set by a governing body known as the Civil Aviation Authority of the UK (CAA). The drone laws in the UK are quite similar to the US. However, there is some relaxation as to how high a drone is allowed to fly.

In the UK, consumer drone pilots are allowed to fly the drones 500 feet above ground level (AGL). Although, you do need a permit for commercial drone operations. Also, the CAA advises (both recreational and commercial) drone pilots to keep the drone within the visual line of sight.

Also, while your drone is airborne, you are not allowed to let it drift in areas where there are lots of obstructions like buildings, telecommunication towers, etc. Furthermore, commercial drone pilots are also required to be insured. The public liability insurance protects the pilot against third party property damage or injury to a person/cattle.

Recreational drone flying is all about having fun and learning about aviation technology. To accomplish both these goals, you do not have to break the laws set by the FAA or CAA (if you reside or are traveling in the UK). This post was intended to make you aware of the capabilities of a consumer drone.